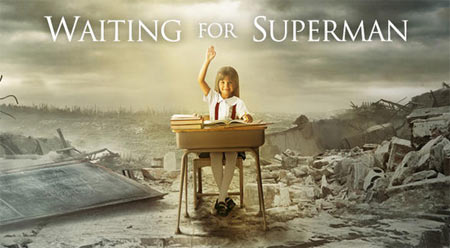 Beyond Marketing: Leveraging The Super Powers Of Scientists To Save Our Future

I was among the millions of people on the East Coast hunkered down, avoiding potential injury or other hassles from being caught up in Hurricane / Tropical Storm Irene. One of the ways we passed the time was by watching the wonderful and moving documentary “Waiting for Superman.” It made me angry, it gave me hope, and it motivated me to do something.

It also brought into clearer perspective an idea I’ve had for health marketers for a while; namely, the need for everyone involved in the sciences to do a better job of “paying it forward” when it comes to sharing what they know, why they know it, and even why they wanted to know it in the first place.

My biggest takeaways from “Superman” are how much of a difference one great teacher can make in the life of a student, as well as how institutional restrictions (called “the blob”) both prevent these teachers from reaching their potential and prevent schools from increasing the number of quality teachers in their systems.

If there’s an antonym for the scientific method, it would apply to most public schools in the U.S. And as Margaret Honey, president and CEO of the New York Hall of Science, pointed out in a recent Reuters column, legislative tools like No Child Left Behind are having the unintended effect of discouraging science education in favor of teaching to math and reading tests during a time when we know our future economic, national security and health and wellness needs will depend on science proficiency in the workforce.

As was pointed out in “Superman,” there are newly emerging education approaches that work in successful charter schools that are freed up to experiment and connect with students in meaningful ways, regardless of a student’s socio-economic background. But after seeing the heartbreaking disappointment of families who literally lost out on lotteries (?!?) for acceptance into these schools, it’s obvious we all need to keep looking into new alternatives.

One idea I had probably won’t seem like much, but it’s something I think could get started quickly and easily and might gain legs if others join in and the targeted audience(s) derive value from the endeavor.

Let’s say you have a drug on the market or use a certain treatment technique. It meets a certain need for a certain type of patient. Thousands of man-hours (determination) went into the development of that drug or treatment. There were successes. There were failures. There were jokes and there was progress. Do these not seem like some of the ingredients that are needed to fix our country’s education system?

Now, what if a marketer for a pharma company or a research or teaching hospital took a little time (and a couple flip-cams) and talked to the people behind these drugs or treatments? What if, in telling the story of how a treatment came into being, the subjects brought a human face and personality to the science behind the treatment? What if — via the web, phones and even PSPs — their drive and relatability were to serve as the spark for others who are not exposed to the excitement and power of science in their classrooms?

What if a pharma company took the bold initiative of enabling audience members who found a researcher’s stories compelling to connect with that person online? Would this cost money to execute? Yes, but not much. Would it affect millions of people in one fell swoop? No, but as was pointed out over and over through “Superman,” it’s going to take a massive collection of individual connections with millions of students to make a real difference.

But the benefits go beyond education. A Harvard Medical School study found that people with more education than a high-school diploma can expect to live up to seven years longer than those with less education.

Perhaps, doing what we can to keep kids interested in learning — and with a growing number of connected, digital options to do so — can have as profound an impact on their health as the drugs and treatments that could spark their curiosity and interest in the first place.